Giant lion on the streets of Moscow: On Thursday, April 1st, the traffic on Strasnaya Square was stopped by a giant lion which stretched out under the spring sun and was paying no attention to the honking buses. The unusual sight attracted curious crowds who were barely kept back by the police. Only towards the evening the already well-rested animal was brought to the zoo by the efforts of the fireman and police. The animal surpassed all previously known lion sizes and, apparently, came from the lands discovered by the brave explorer Dr. Shwaggerer. 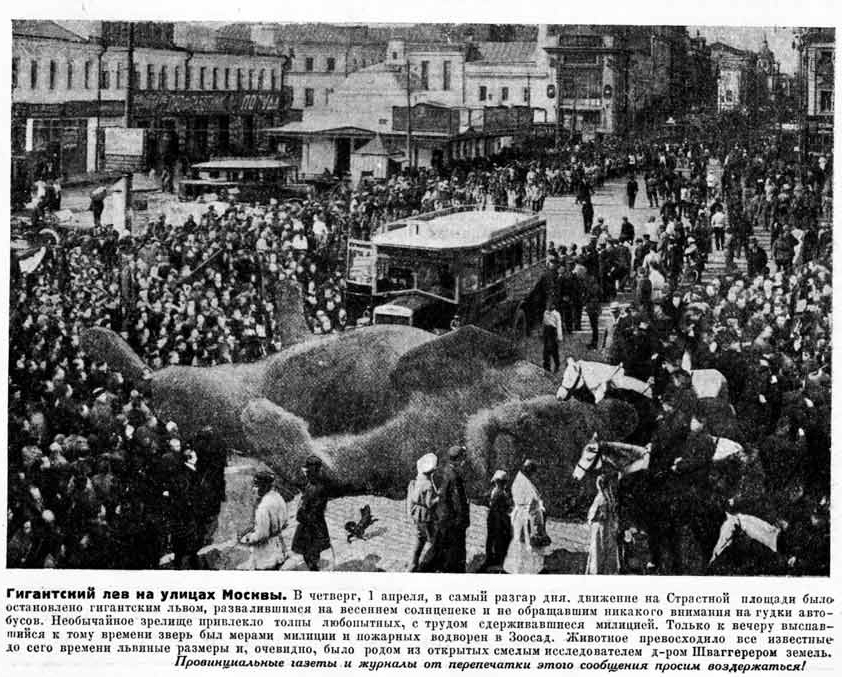